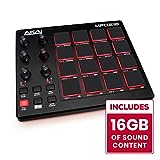 When it comes to making beats, many new and seasoned producers are starting to make the shift towards software. Why would they do that? Simple – software brings more to the table, both in terms of flexibility and workflow.

Many new producers looking to jump into the game often have a tough time decided what is better – a rap beat maker program or hardware workstation. While they each have their different pros and cons, it really boils down to what makes you feel the most comfortable (and ultimately the most productive).

In this piece, I wanted to break down the major differences of software and hardware, as well as highlight the pros and cons of each. If you’re at a crossroads in determining what type of rap beat maker you need, this should help settle the score and move you in the right direction.

So, without wasting more time, let’s get on with the show!

Hardware – The Good and the Bad.

When it comes to making beats, some people have the urge to be more “hands-on”. They need to feel the music they make, and pounding away at keys and slamming drum pads gives them the ability to become a part of that music by playing it out naturally. 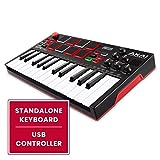 In hip-hop, the hardware runs deep. The first line of MPC’s (such as the MPC60), as well as keyboards like the infamous ASR-10, set the pace and changed the hip-hop beat game completely (other popular hardware workstations include the Roland Phantom, Korg Triton, and Yamaha Motif as well). Anyone familiar with either beat maker knows the power that each of them holds.

With that said, check out the small list below outlining the different pros and cons of using hardware as your primary rap beat maker:

– Vintage sounds that you can’t find anywhere else (or are tough to recreate).

– The feel that you get (hands-on music production).

– Limited amount of on-board sounds. Purchasing more expansion boards is your only option to expand your sound range, which means you have to lay down more cash.

– Typically expensive. The more you need, the more you will spend (we’re talking about spending thousands, not hundreds).

The software has grown popular over the years and has changed the way many people produce and create music today. In fact, using the software as a rap beat maker has become more of the norm. New producers on a limited budget are finding it easier to start making beats and producing music with nothing more than their computer, beat making software and a creative mind!

There are a number of different software programs available for music production. You might be familiar with popular programs like FL Studio and Reason (which are great but can still be pricey for some), as well as other similar programs like DubTurbo.

With all of that said, let me quickly break down the benefits (as well as the downsides) of using software:

– Since the software uses the hard drive on your computer for memory, your memory power is limited only to the size of your hard drive(s). This means room for as many sounds and effects as you want!

– Unlimited amount of options for plug-ins and expansion.

– All in one solution (sequencing, mixing, programming).

– Costs much less than most hardware yet can achieve similar results (or better).

– Easy to update and maintain.

– It doesn’t require any external pieces for operation – just your computer (however, you can use midi controllers to play keys and drums to get that “feel”).

– Not as mobile as hardware (unless you want to lug your PC around).

– Quality poses a minor issue and may not be as good as some hardware workstations.

– Higher-end software performance can be poor if not using a high-end PC.

As you can see, using either hardware or software has its benefits and downsides. The truth is, you can achieve a great sound by going either route, so it is ultimately up to you to decide. Now that you are aware of some of the differences and similarities, you should be capable of deciding what is best for you. If you are a learner or want to improve your skill in playing the drum. You must do too much practice. But a drum set is so heavy, and you can’t be able to move it anywhere you want. Right! Sometimes you want to play your drum while sitting on the playground. But you can’t….

5 Unique Points of Interest To Make Music With An Online Beat Maker. Making music the traditional way is difficult, and any major musician will tell you about that. The long drawn out hours that it takes to master a single or multiple instruments is difficult. You can’t simply learn everything and make a musical…

My drum students are constantly lamenting the scarcity of good readable good drum tabs on the internet. Like my guitar students, they want to be able to find tabs for their favorite songs and learn them “on their own”. While there are some decent guitar tabs available, the drummers, for the most part, are left… What is a Pocketdrum? If you are passionate about playing the drums and wish you could play them where ever you go, then the Pocketdrum may be just what you’re looking for. Pocketdrum is the most portable drum set ever! During the epidemic, I was stuck at home. However, I cannot abandon my only hobby,… If you have recently decided to start playing the drums, then chances are you have already picked out your favourite drum set and had it delivered to your home. When you first see a drum set in a music store it can look beautiful, complex and even impressive – however, once it has been delivered… Learn How To Spin A Drum Stick Let’s be honest, what budding rock & roll drummer wouldn’t want to twirl the drumsticks like Tommy Lee, or Neil Peart, or John Bonham? Not only is playing drums very cool but if you can add excitement by twirling your drumsticks, you’ll be looking like a rockstar in…