Ukuleles have been around for over a century. Although they played a key role (or, better yet, were played) in folk music, they were only recently adopted by mainstream media. Disney-Pixar´s short film LAVA features a ukulele as the main instrument for the main music theme. This was not a random choice.

Is the LAVA song ukulele´s biggest hit? Appearing in the soundtrack of a Disney-Pixar movie is making it to the bigger leagues. The spotlight of the media´s big eye chose to highlight it through the soundtrack and make the instrument break into homes all over the world.

Although there are more famous records made with ukuleles, we can think of the “LAVA song” as the beginning of a new era for ukuleles.

What might look like a random event from the outside is just the tip of the iceberg for this fun, small, and convenient instrument. Read on as we go deep into the subject. Are you ready to dive deep into these four-string wonders? You´re going to LAVA what comes next!

Slow and steady wins the race

Ukuleles have a long history of making music for the masses. Indeed, the first news about them is from the late 19th Century in the hands of street performers. From that time until now, the world has changed in ways nobody could even imagine 200 years ago.

Through those two centuries, the procession of the ukulele was slow and steady. To begin with, it went from complete anonymity to being established as one of the simplest harmonic instruments to play with.

Just to give an example, type any famous song you can think of in the Google search box and write “ukulele” right next to it. You´ll be amazed by just how many performers around the globe have mastered this instrument and how much data available for beginners there is.

Secondly, it is just an easy to carry strummer that became backpackers´ favorite. Nowadays, it is very difficult to walk into a hostel anywhere in the world and not find one.

Finally, they are inexpensive and easy to play with. Featuring only four nylon strings (great for beginners´ fingertips) they are capable of all the triads for chords you might need. This ability to play any song on it allows you to bring a very simple, easy to carry, and inexpensive instrument to bonfires and friend meetings.

Ukuleles are here to stay and have earned their spot with a long journey of slow and steady achievements. Have we seen everything about them? I highly doubt it; the future looks bright for these four-string wonders.

Why a ukulele for the LAVA song short film?

LAVA is a short film by Disney Pixar that tells the story of two volcanoes in the open ocean. It is a musical animation piece. One of the volcanoes sings a melancholic song about finding a partner for thousands of years.

Another, a female volcano, hears him from under the ocean and rises to meet him just when the first volcano was going extinct. She sings his song and upon hearing her, he comes back to life. They form an island together and “live happily ever after”. In the entire song, the word “lava” replaces the word “love”.

The use of only a ukulele and a pair of voices helps create an atmosphere of closeness with the audience. Although you are seeing a Disney/Pixar short film in which hundreds of people were involved, you feel cozy. The lava song soundtrack, in my opinion, conveys perfectly the simple message of the short film.

Furthermore, with no other text line but the song throughout the story, the vocals and the uke offer exactly the simplicity the film needs. Also, it is clear proof that ukuleles are enough instrumentation for any song; including a Disney-Pixar soundtrack.

Is the lava song about Hawaii?

Although the short film is from 2014, it all started earlier for director James Ford Murphy. He was at his sister´s wedding; she was 43 years old and had been waiting for that moment for a long time. Suddenly, the idea hit him: what if his sister was a volcano?

His inspiration came from Loihi, an underwater volcano 35km off the southeast coast of the Island of Hawaii. So, the answer is yes, the song is about Hawaii, it is a love story about volcanoes that spend their entire lives looking for someone to love just like humans do.

What is the lava song based on?

Although we discussed the lava song origin, you might find the melody somewhat familiar. That is because it is not original; it belongs to the song “Somewhere over the rainbow”. Yes, the tune that made Judie Garland win an Oscar in 1939 is the basis for the LAVA song.

Although the original version of “Somewhere over the rainbow” can be traced back to “The Wizard of Oz”, the version that Murphy heard and was inspired by was by Israel “IZ” Kamakawiwoʻole. This Hawaiian singer, lyricist, and sovereignty activist made it popular in 1993.

Who sang the lava song?

The LAVA song features a male and a female voice with the sole company of a ukulele.  Let´s take a look at who sang it:

Lava Song Chords & How to play “The Lava Song”

The entire song contains only three chords. These chords are among the easiest to play on the ukulele too. The order of the chords resembles a basic songwriting formula “I-V-IV”. This means that the three chords create a pop atmosphere that resembles all-time greats.

These three chords are C, G7, and F. They are played following the order C, G7, F, C, and G7 except for the chorus in which the order changes.

You can check this video for absolute beginners and learn how to play it.

On the other hand, if you already know how to play the instrument and want to sing it, here´s the tab with the lyrics.

How to keep your ukulele in tune?

To help you enjoy your ukulele to its fullest while playing the Lava Song, you’ll want to keep your ukulele in tune. We recommend any of these three clip-on tuners. They’re super-easy to use so you can spend more time playing than tuning your ukulele. 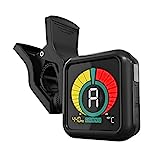 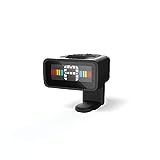 You, me, and most people who think of a ukulele think of a miniature guitar with four strings. As you might know, guitars have a “waist” that made them very popular since they can sit comfortably on your knee. Most ukuleles you´ll find will resemble that shape.

But have you heard of pineapple ukuleles? What does the term mean? Well, the name comes primarily from its shape since it resembles that of pineapple with no cut-down or waist in the middle. Second, because pineapples are tropical fruits, very common in Hawaii, the land of the ukes.

What´s the difference between pineapple and regular ukuleles?

The biggest difference between both is aesthetical, of course. But does this aesthetic difference bring a different tonal character to the instrument?

Other than these sound differences and the way they look, they play the same, feature the exact same tuning and scale length as traditionally-shaped ukuleles.

Let´s take a look at some options you can buy confidently and make pineapple ukuleles your new thing:

This mahogany-made soprano ukulele by Lanikai is a winner when it comes to pineapple ukuleles. The natural warm tone of the wood (mahogany) and the petite size make it very comfortable to carry around and enough for any kind of small reunion. This is a great option for beginners and players who want to add another sound to the arsenal.

Although it is made of Acrylonitrile Butadiene Styrene (ABS), this pineapple concert ukulele sounds great. The fact that the material is water and weatherproof makes it even more convenient to carry around. Thanks to the extra room in the body, the sound is deep and powerful. This is the ideal uke for those going for a concert size and extreme portability.

But if a pineapple-shaped ukulele isn’t your taste, check out our article on Best Ukulele To Buy in 2021. And before you purchase a ukulele, be sure to consider the size of the ukulele because each of the four main sizes has its own unique sound. Click here to learn more.

Ukuleles are here to stay, in the mainstream of worldwide music; it´s a fact. It gets even better since they are so popular, you can find a ukulele version of virtually any song. The fact that LAVA, a short film by Disney/Pixar features one is just another step towards the spotlight for these great, tiny, musical instruments.

Ukuleles are just starting to rise to the top; will you be part of it when they make it? Get one today, practice your chops, and be ready when the moment comes!

And when it comes to practicing your chops, here are our top ukulele learning books to help you get started. Pick up a copy of either of these books and you’ll be entertaining your friends in no time! A Comprehensive Ukulele Buyer’s Guide Due to their sweet, melancholy sound and affordable price tags, ukuleles have always been sought-after instruments, but, in the wake of Billie Eilish’s recently released signature Fender uke, this humble instrument is perhaps reaching the peak of its popularity. There’s never been a better time to pick up a ukulele… The future in musical instruments is here, and we LAVA it! Musical instruments haven´t changed as much as other categories of human life in the past centuries. Moreover, there has been a lot of rejection against innovation, especially when it comes to string instruments. We are here to talk about the brand that set out… Ukulele strings are made from nylon, meaning that they are fairly hard-wearing. This means that you should not have to change them often. It is still an important skill to learn, particularly if you plan on becoming an expert uke player.  There are a few steps involved in the string changing process. You will need… 4 types of ukuleles; which one is best for you? Ukulele fever is on. Everywhere you go, every time you turn on your favorite music source, you´ll find ukuleles sounding loud and proud. Are you getting a little fever yourself? That´s cool because these little strummers can add some joy and fun to anyone´s life….