How to Play Suspended Chords

A suspended chord (or a chord suspension) is usually made by holding one of the tones of a chord a tone higher, then resolving it to its resting place.

This can be done with any tones of a chord, but one of the more common suspensions is to manipulate a third of the chord, by first playing the fourth, and resolving it to the third. So a C suspended chord has the tones of the root, the fourth and the fifth.

How to Play Suspended Chords.

A-C suspended chord of this type is often shown in chord charts as either a Csus or a C sus4. Sus4 means that the third is initially played as a fourth, and resolved to a third.

In real music, let us suppose you are playing a simple tune that uses three chords, C, F, and G, then returning to C. Try adding a little flavor to the mix: turn that final chord into two chords.

Make it a suspended C chord, followed by a C chord. Your chord progression would look like this: C – F – G – Csus – C. You can try this on a guitar or a piano.

Experiment with other suspended chords. Put them in places where you need a bit of emotion in your music. It might be just what you are looking for.

Take a Christmas carol book (one that has chord symbols in it is good for this purpose), and try adding suspensions to dominant or tonic triads. 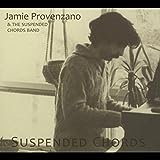 Sus 4 chords- Formed by raising the 3rd of the chord you are playing by a half step.

Sus 2 chords- Formed by lowering the 3rd of the chord you are playing by a whole step.

This chord now becomes your suspended 2nd chord. To a lot of pianists, a “suspended chord” sounds like something you would only do in jazz, but for others, it’s a regular part of their melodic improvisation. Enjoy the formation of the chord and where to use suspended chords in your practice times.
Source by Diana Rogers