The first problem is the microphone. Usually, a dynamic microphone is not really well suited to this. However, I have gotten some pretty good sounds using an old Electro-Voice PL80, especially when coupled with a cloud lifted.

But a cloud lifted costs about as much as a cheap large diaphragm microphone, so I would go for the mic instead. Besides you can use it for the vocals later. Since we are doing this for cheap try to not spend more than $150.00.

Most people use the cardioid setting for guitar or vocals, but since this is a very low budget. And yet we want the biggest fullest sound – you have to try the Omni setting, but do it with some sense. Try different rooms in your house to record the part.

You might have to play samples of the part many times facing different ways in a room. But it will be worth it if you can find a good area where the sound is reflected around in just the right way.

In desperation, you can even try the bathroom, which will give you lots of reverb. Don’t be afraid to take your time and experiment, remember every time you go over the part it is going to get better and better. Also, remember the part must be tracked to a metronome or some kind of percussion track generally I use a live drum set.

Now just as with an electric guitar, you must double-track the acoustic guitar. However, this needs to be approached in a more careful fashion. First, if you are doing a strumming part, try to get a slightly different sound by using a different room.

Changing the setting on the mic, or move the mic closer a bit or further away. Be careful though of the proximity issue though, this can help or hurt and sometimes mere inches can be the difference between a good sound and a great sound. Make sure you play the part exactly like the first part! 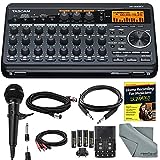 You can also run similar sounds panned one side to the left and one side to the right to fill out a part in the mix. If the main part is a finger-picked part then the “double” should be a different part, less busy, and played in a higher register.

Even single notes inside the chord work well and will fill out the sound considerably without taking away from the finger-picked structure that you have taken great pains to create. Remember the key is to get the fullest sound possible while using the fewest instruments as possible so that your tracks can “breath” and have “space” for the vocals.