The Carvin C850T is an acoustic-electric cutaway guitar that looks similar to many other high-end manufacturer models such as the awesome Martin D-16GTE. Hey if you’re gonna look like somethin’, the D-16GTE is a great guitar to emulate!

The acoustic dreadnought cutaway style the C850 carries has got to be one of, if not THE most popular style of acoustic guitar. This type of guitar is being played in music videos and concerts in just about every genre of music these days.

The Carvin looks the part, but I learned long ago that you can’t really judge a guitar by it’s looks. I have played many great looking guitars over the years that truly sounded terrible to my ears.

Carvin’s website states that the Cobalt series guitars are inspected in their USA custom shop for the ultimate in tone and playability. This line is built by hand in a reputable factory in Korea, and then the final setup is accomplished at their USA factory before the guitars ship out to the end-user.

Online reviews are quite positive, and one of the reasons I decided to try the Cobalt C850T myself. Another factor in my purchase decision was that everyone I talked to personally who owned a Carvin Cobalt acoustic absolutely loved it!

Not closet musicians, but people who play day-in day-out night after night and still rave about the Carvin. I just had to see what the fuss was all about!

The purchase process was quite simple, and with a few clicks of the mouse, my order was complete and the guitar was scheduled to ship out. Within 4 days, I was anxiously retrieving it from my doorstep.

The guitar I purchased was very impressive. Right out of the case, the C850’s action was low and perfect for me. Maybe that had something to do with Carvin’s Rapid Play(TM) low action neck.

Guitarists who play really hard will probably need to adjust the action up a bit so that strings won’t buzz. It’s that low right from the factory. A good guitar tech will get it perfect for heavy-handed players.

I compared this guitar side-by-side with one of my other guitars, a Martin DC-16GTEP. The guitars look very similar, and both have excellent Fishman electronics for playing through a PA system, acoustic amp, or direct recording. The built-in tuner is also a great feature.

I would give the nod to the Carvin for plugged-in sound through a PA, as it’s E.Q. seemed more responsive than the similar system in the Martin. The Martin did have a condenser mic along with the under-saddle pickup, but I turned that off for the comparison. 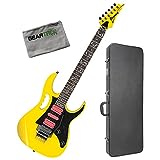 Recording nods would have to go to the Martin because it has a built-in condenser mic, and it records very well making a great acoustic sound when recorded. But any acoustic can be mixed externally, and I was able to get some nice acoustic recordings using the C850 and a couple of good condenser mics placed on stands in front of the guitar.

The unplugged tone of the guitar wasn’t as loud and boomy as the Martin, but the C850 does have a heavy gloss finish (the Martin had a gloss top, with satin back and sides), and it takes some time for any solid spruce-topped guitar to age and mellows out a bit. As it ages, I’d imagine that the C850T will give many a more expensive guitar a run for its money in the tone department.

Construction quality on the Carvin was really as good or better than any other acoustic-electric guitar within $700 of its the price range that I’ve inspected, Martin and Taylor included. Let me tell you, that is saying a lot. The quality is there, with no unsightly glue points or jagged fret edges, and a beautiful gloss finish is included on the whole guitar, that comes at a premium on similar Martin and Taylor models.

I played the Carvin at several gigs, and believe it or not, each time people came up to me after the concert commenting on how great the guitar sound was. So the action was great, the sound was impressive, and the C850T looked great.

Did I mention that there is a 5-year warranty against manufacturing defects too? Can the Carvin compete with the Big Dogs of the acoustic world? In my opinion, it certainly can, and at a mid-level price point that is much more comfortable on the bank account than anything close in quality and craftsmanship that I’ve seen.